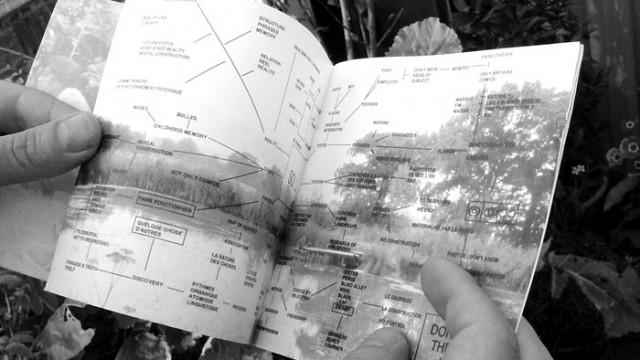 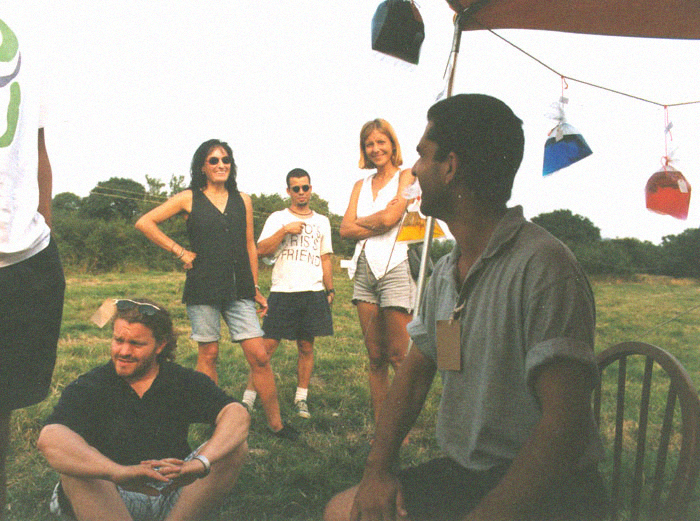 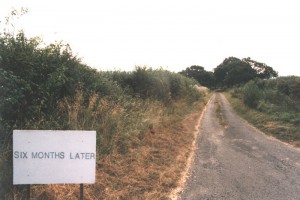 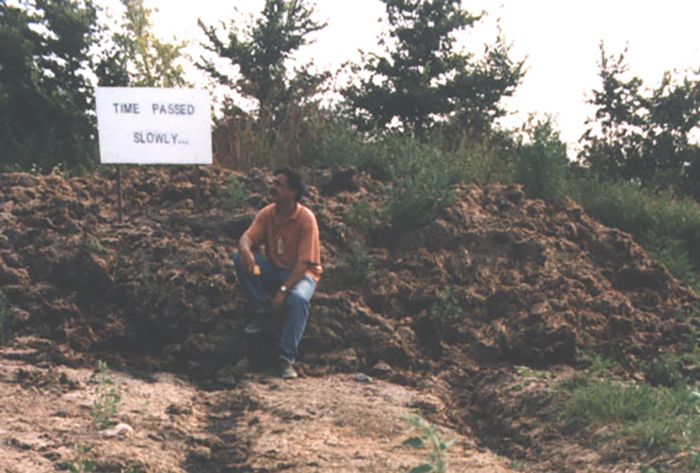 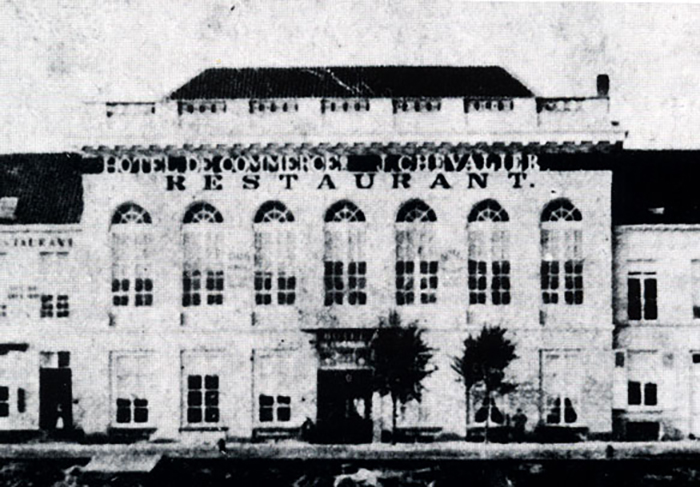 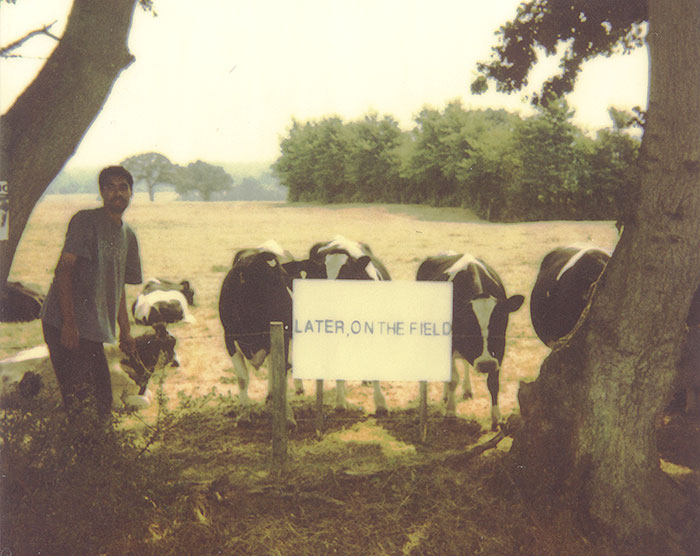 Images of the exposition “shave“ International Artists Workshop.
This work consists of the repartition of 12 cardboard signs on the territory of “shave“ situated in the British countryside.
Each sign proposed an inscription from an English cartoon (B.D.).
These inscriptions were meant to give contextual information about time, space,…
The cardboard sings were placed in direct relation with the “landscape“.
Reggy Timmermans

SHAVE
Between 1991 and 1997, Shave Workshop took place at Shave Farm in Somerset.

It was partially inspired by Pachipamwe Workshop in Zimbabwe. Shave developed its own character, influenced by the need for open debate and discussion between artists. However, in common with other workshops of the Triangle Network, Shave specifically focused on nurturing artists and their work. It formed a space where artists could be open and where they were not on public display.

In common with other workshops of the Triangle Network, Shave specifically focused on nurturing artists and their work. It formed a space where artists could be open and where they were not on public display. Because of this, the traditional distance between artist and audience was inherently questioned and the concerns of the workshops developed from the more object based to the site specific and collaborative.

Although a selection process (open and invited applications) was undertaken each year, the workshops were not curated in any traditional sense towards a coherent meaning. The aim was to enlarge existing networks for the benefit of all involved but primarily to create a space of exchange, questioning and open ended collaboration, with unknown or invisible results.

A two week period is a generous amount of time and provides space for ongoing convoluted and experimental conversation to happen. It allows the conjunction of individual exploratory processes and ideas mingling with discussion of broader issues of globalisation and its effects on art making, economic position of artists in different cultures, political role of artists in society etc· It is a space where literally theory, history and practice come together.

The group of participants (approximately 15 each year) were making work on site and in a sense suddenly finding themselves in an open plan (open sky) shared studio space. Shave could be thought of as a self organised temporary art school or university where everyone is a teacher and a student. Someone described it as ·perfectly organised anarchy· but in its brevity it offered something an institution could not possibly offer. It is out of the shadow of the art-marketplace, the academic institution and away from the pressure to constantly produce or succeed; a place where communication can fulfil its potential.

In developing the Shave Workshop, Rowena Seddon and Anna Best were assisted by a large number of artists, including Tim Millar and Ella Gibbs.

Once, when he worked in a rural setting in the British countryside, Reggy Timmemans turned the landscape into a cartoon setting, by erecting cardboard signs with stage instructions. In simple writing on white ground, the placards indicated times and locations. “Later, on the field…” functioned like the caption of a photograph or the textual inserts into a silent movie and hinted at an event of some sort, something to occur, something to take place. The captions were more than descriptions. They described a setting, but this setting was there as the real situation too, the actual landscape, and in this slippage the work started operating. Even if “time passed slowly…” could be understood as a comment on the situation, the ellipsis opened it onto something to occur only after. If it was a description, then only insofar as it described a background for something else to take place.
“Time passed slowly” opened a time that was in-between and suspended the present in the perspective of a future event. “Later on the field” was a similar indication of something blatantly absent in the setting. The field was there, but ‘later’ never seemed to come closer and neither the before nor the after were graspable. Landscape became the site for fiction, with all the tensions this implies – the magic of the moment before the unexpected happening, the calm before the storm of the unforeseeable twist in a plot only ever implied.
This claimed the landscape as part of an assemblage whose origins lie somewhere between filmic conventions and cartoon characterisations. Their charges of suspense and drama were obvious challenges to the remote silence of the location. But they were also multiplications because there is now more than one time, and also more than just one action. Even though configured as a neutrally unfitting background, the landscape obviously had its own durations that were re-configured through these subtitles. In the mount of soil, time passed slowly indeed, weeds were growing and the title became a comment again. But that was already then only a past, it “passed slowly” in the past tense and the next thing might have been something very different.
And in addition the landscape obviously had its own contingencies too, against which the placards were outlined. Even though these didn’t change, the situation did and with it the implication of their claims. “Later on the field” looked very different when suddenly there were cows behind the sign, and time passed more and less slowly, and in a different way when somebody was sitting on the mount next to the text.
These occurrences challenged the work but also became submerged in its implicit fiction that claimed the situation through an act of simultaneous scripting. And whilst the landscape was subjected to titling by the signs, it in turn infused the placards with filmic modes of time and duration and a choreographed relationship to action. The situation became a movie without a camera infinitely enacted in real time. That the signs were also reminiscent of silent movies interrupted by textual inserts indicating plot developments and major emotional conditions whenever the picture is not explicit enough, or cartoons and their narrative conventions where language claims a space in the picture itself, only highlighted this sense of artifice. Oscillating between different sets of slippages, settings and players were negotiated as interplay of stages, figures and characters.
Placing cardboard signs in the actual landscape, Timmermans did not really make a sculpture, nor did he take pictures to then be shown elsewhere. Rather he did both, make sculpture and produce pictures by placing inserts of artificiality that claim their material from the given situation itself. Through insertion of the titles, the landscape becomes durational sculpture in an expanded field as well as a pure image that is frozen in the moment and for which the 2-dimensional script-insert serves as caption. Photographic documentation of the work inevitably highlights this latter condition by fusing insert and situation in the condition of the image and homogenising the two.
Beyond the claim towards the landscape it is inserted into, this early work also makes a whole series of fundamental claims about how to make work. Material is not necessarily produced but can be claimed; the artist’s control over what the work becomes is limited; making can consist in a sheer colliding of elements; time and experience and representation have to do with all this; and what actually takes place can be lyrical or blunt or funny and that very slippage too, is the work. The scripting he employs can bring about openings rather than closure and functions as soliciting rather than commenting.
Superpositions

Comments are closed, but trackbacks and pingbacks are open.