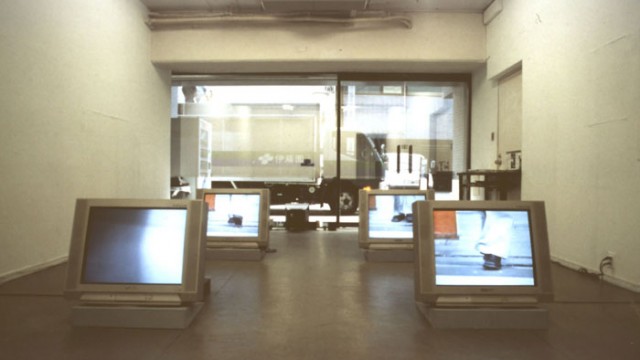 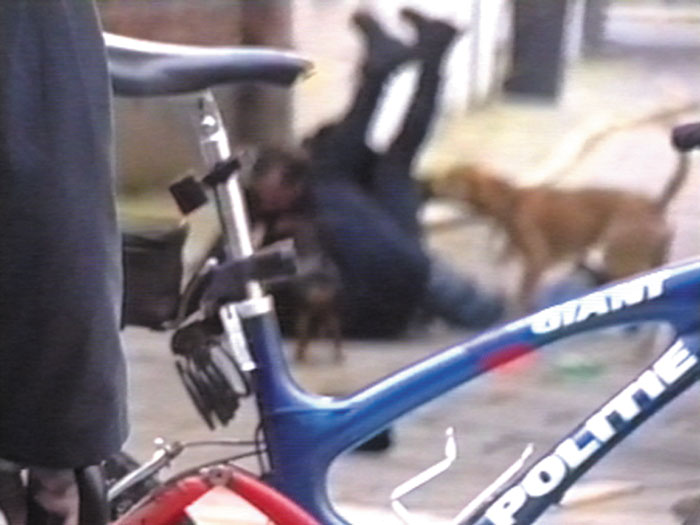 Video stills, “Flic de Gent”, 2’10 “, 2001
This video shows us a policeman’s aggression on a “street artist“ in an everyday context. At he same time, the video served as piece of evidence for the defence of the artist since the policeman leveled an accusation against him.

A video camera becomes an appropriate tool to find all of the goodies and mark reference points. Topographical features like hills are interesting images. Would compass directions help? How does a distant landmark look? What should a video map convey? How might a video map be different if we were driving cars or flying planes? Should it have political boundaries like precincts, counties, and states? What sorts of uses would this map have that, say, a sightseeing map wouldn’t? Why bother recording altitude? Can you think of anything else but contours to record? Does it change the way you make a map if you stand in another place to make it? How can you devise a system to represent the area and the objects in it so that they will have the same relative size or scale in a video?